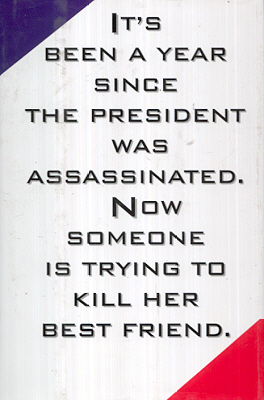 Melanie Lombard, the first female President of the United States, had only held office for three days when an assassin's bullet ended her life and dreams. Now, on the first anniversary of Melanie's death, her best friend Nora discovers that Melanie may have led a secret life. As Nora searches for the truth, someone tries to stop her--permanently. A fast-paced novel of suspense by a new voice in fiction.
Reviews from Goodreads.com