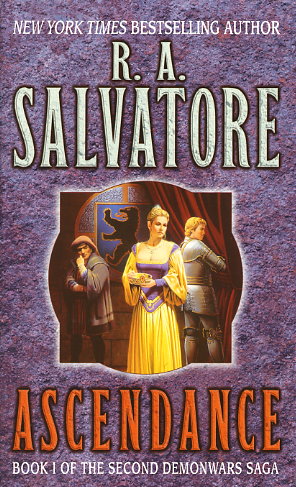 Much to the seething dismay of his longtime mistress, King Danube has asked Jilseponie Wyndon to become his queen. But she is torn. How can she love any man as completely as she did the Ranger Elbryan, the father of the child she lost? But unknown to Jilseponie, that child never died. Aydrian was stolen away by the queen of the elves. A headstrong boy secretly raised to be a weapon, Aydrian shows great promise in the arts of combat--and he is as powerful with the gemstone magic as his mother. Now De'Unnero, the weretiger and mortal enemy of Jilseponie, will join forces with Aydrian, who is hungry for power--and on a collision course with destiny. . . .
Reviews from Goodreads.com