For Love and Glory — Poul Anderson 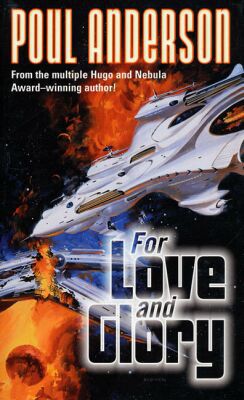 
On the uncharted planet Jonna lies the archaeological find of a lifetime. An immense artifact left behind by the mysterious race known as the Forerunners, who predate all the known cultures in the seafaring galaxy and had long vanished before any intelligent species had taken to the stars.
But human Lissa and her Tyrannosaurus look-alike partner, Karl, aren't the first to make the discovery. Two freeboaters whose motives aren't purely scientific are also after the object. The Forerunners had revolutionized entire fields of technology, and each discovery has reaped huge financial rewards. If the same holds true for the newest discovery, Lissa realizes only she and Karl stand between what could be the scientific discovery of a lifetime or an unsolved mystery waiting to be unleashed.
Reviews from Goodreads.com