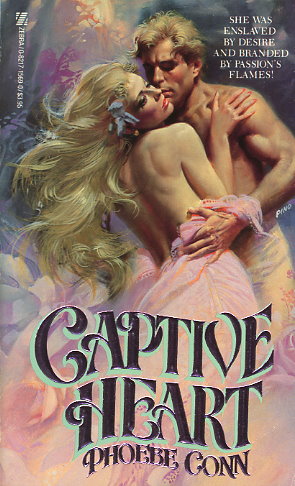 Celiese, the lovely slave girl, gasped when her betrothed emerged from the shadows. She had been secretly sent in her mistress's place to wed the much-feared Mylan. But instead of the cruel savage she had expected, he was a magnificently handsome warrior. His cool topaz gaze unnerved her. The fire in his touch sent shivers of unfamiliar desire down her spine. And the sweet madness of his burning kiss as he trapped her within an iron embrace made her forget her past, abandon all reason, and surrender herself - if only for one night - to the pleasures of passion's fire.

Mylan stared in astonishment at the woman before him. Instead of the spoiled, pampered innocent he had expected, she was a radiant silver-blonde beauty. The hot flush of her cheeks disarmed him; the flame in the emerald depths of her eyes aroused him. Gathering her into his arms, he silenced her startled protest with a slow, wanton kiss and awakened her supple flesh with tender, searching caresses. He would teach her the secrets of passion, take her to ecstasy's searing heights, and forever possess her Captive Heart
Reviews from Goodreads.com