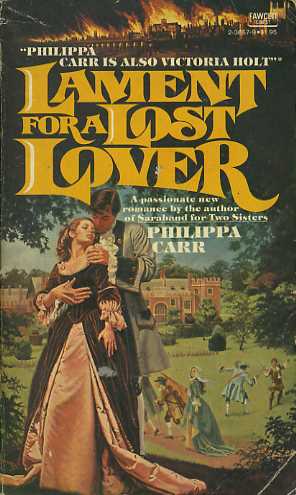 Against the turbulent background of Cromwellian England is set this sweeping tale of a beautiful young woman's journey from innocence to wisdom--from love to treachery.

Lovely, naive Arabella Tolworthy had grown accustomed to her innocence --until the colorful, charismatic actress, Harriet Main, and the dashing Edwin Eversleigh burst into her life.

Arabella did pot know it, but these two people would completely change her future. Harriet, for one, would return again and again to influence Arabella's happiness. As for Edwin, Arabella fell deliriously in love with him and married him.

But soon after the wedding she found herself a widow. She returned to England with the new reign of Charles II, ready to devote the rest of her life to memories of the past.
Only one person had the power to free Arabella from her chaste and wealthy prison. That was Carleton Eversleigh, Edwin's cousin. But was he doing this for Arabella's sake... or his own?
Reviews from Goodreads.com