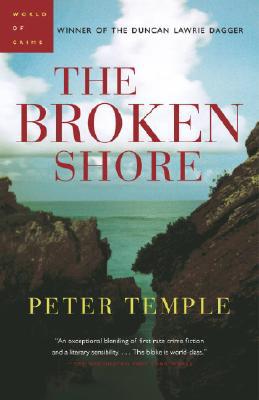 Peter Temple is currently being hailed as the finest crime writer in Australia, but it won't be long before he is recognized as what he really is--one of the nation's finest writers, period. Born in South Africa, Temple is writing a dynamic kind of literary thriller that ultimately defies classification.
The Broken Shore, his eighth novel, revolves around big-city detective Joe Cashin. Shaken by a scrape with death, he's posted away from the Homicide Squad to the quiet town on the South Australian coast where he grew up. Carrying physical scars and more than a little guilt, he spends his time playing the country cop, walking his dogs, and thinking about how it all was before. But when a prominent local is attacked in his own home and left for dead, Cashin is thrust into what becomes a murder investigation. The evidence points to three boys from the nearby aboriginal community--everyone seems to want to blame them. Cashin is unconvinced, and soon begins to see the outlines of something far more terrible than a burglary gone wrong.
Reviews from Goodreads.com