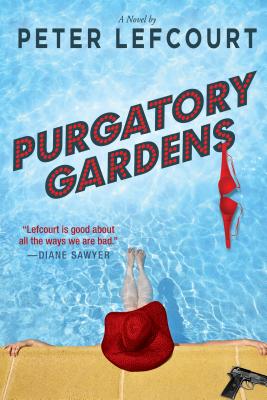 "Lust, murder, and secrets collide to create a perfect tale of just-past-their-prime connivers looking for one more second chance." —Paul Malmont, author of The Astounding, the Amazing, and the Unknown

This hilarious noir romantic comedy set in Palm Springs introduces Sammy Dee, a mid-level Long Island mafioso in witness protection, and Didier Onyekachukwu, the corrupt ex-minister of finance of the former Upper Volta, who escaped twenty-four hours before the firing squad. Both find themselves in late middle age, living in the Southern California version of genteel poverty in a down-market condo called Paradise Gardens.

Enter Marcy Gray, a "mature" actress barely getting by on a meager Screen Actors Guild pension. She's looking for a guy to help through the duration, and at this point, she'd settle for someone who doesn't pick his teeth at the table and who drives at night. Her search has narrowed to two fellow residents: Sammy and Didier, who, being male, are mostly interested in getting into Marcy's pants—though a little of the money they mistakenly think she has wouldn't hurt either. Once both men realize that the other is the primary obstacle to Marcy's affections, each puts a hit out on the other. Inadvertently, they hire the same father-son demolition squad, and that's where the fun begins!
Reviews from Goodreads.com