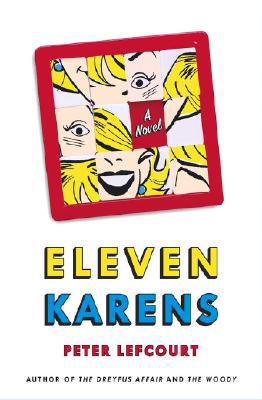 Not since Flaubert's L'éducation sentimentale has a novel so vividly described man's helplessness in the face of woman. In this tale of sexual education, the narrator recounts his experiences with eleven fascinating women -- all of whom happen to be named Karen. In an attempt to explain this statistical anomaly, he takes us on a journey that begins in the fifth grade when he is the groom at his own shotgun wedding. He survives this ritual sacrifice to go on to his other Karens: a high school cheerleader who teaches him how to run the bases, a young disciple of Margaret Mead whom he meets playing volleyball in a nudist camp in Pennsylvania, a lovely Italian woman with Monica Vitti eyes who steals his heart on the Via Appia Antica in Rome, a statuesque African capitalist who literally takes the shirt off his back in Togo, a sexually confused waitress who appropriates his sperm in Quebec, and a boozy southern actress in L.A. who can't decide whether she is Vivien Leigh or Joan Collins. From each of his Karens he learns about women and life. And as he gets older, though not necessarily wiser, he marches on intrepidly to confront the next Karen who inexorably crosses his path. Eleven Karens is both a coming-of-age story and a touching homage to women -- a funny and tender tale told in the delightfully cracked voice of one of the most unusual comic novelists writing today.
Reviews from Goodreads.com