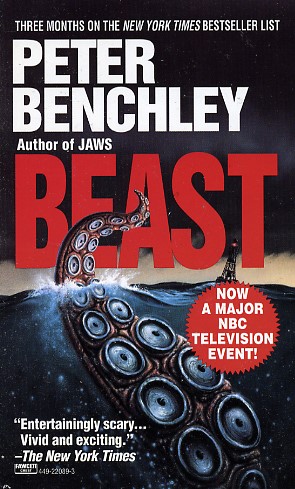 Straight from the cutting edge of today's science and the logs of mariner legend comes an immense horror--a creature that rises up from the well of an ocean gone mad with an insatiable hunger and an endless lust to kill.

And when the beast strikes, and strikes again and again, one man leads a harrowing and desperate struggle for survival amid a threatened Bermuda paradise. His name is Whip Darling, a down-and-out deep-sea ex-pert who doesn't know where he'll get his next meal ... or whether it will get him first.
Reviews from Goodreads.com