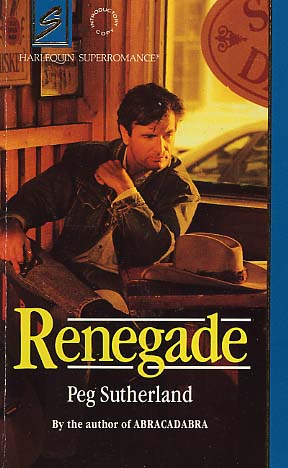 THEY CALLED HIM THE RENEGADE...

Former country-and-western star Dell McColl did his best to live up to his reputation. Hardworking and hard-living, he was not a man to back down from anything - or anyone.

Then he met Daylene, perhaps the most determined of the never-say-die Honeycutt sisters. Daylene wanted two things from Dell. She wanted him, and she wanted to sing in his bar.

But this time Daylene had bitten off more than she could chew. No scheme was more certain to raise Dell's hackles. First of all, he wasn't up for grabs. And the last thing he would ever do was help another woman along the road to certain destruction.
Reviews from Goodreads.com