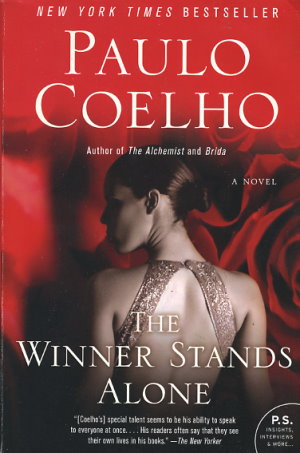 In The Winner Stands Alone, Paulo Coelho has returned to the important themes of Eleven Minutes and The Zahir: love and obsession. He offers a suspenseful novel about the fascinating worlds of fortune and celebrity, where the commitment and success at any cost often prevents one from hearing what the heart actually desires.

Coelho takes us to the Cannes Film Festival, where the so-called Superclass gathers -- those who have made it in the dreammaker's world of fashion and cinema. Some of them have even reached the very top and are afraid to lose their lofty positions. Money, power, and fame are at stake -- things for which most people are prepared to do anything to keep.

At this modern vanity fair we meet Igor, a Russian millionaire; Middle Eastern fashion czar Hamid; American actress Gabriela, eager to land a lead role; ambitious criminal detective Savoy, hoping to resolve the case of his life; and Jasmine, a woman on the brink of a successful modeling career.

Who will succeed in identifying his or her own personal dream among the many prefabricated ones -- and succeed in making it come true?

The Winner Stands Alone is the eighth stand-alone novel by Brazilian author, Paulo Coelho. It is translated from the original Portuguese by Margaret Jull Costa. The Cannes Film Festival: Ewa is there with her fashion-designer husband Hamid Hussein for showings and some high-power business meetings; Russian telco president, Igor Malev is there to demonstrate to his ex-wife that she needs to return to their marriage.

Igor’s obsessed with Ewa, and he had promised that if she left him, he would destroy some universes. He’s a cold-blooded killer with no conscience who easily murders random strangers: a young jewellery street vendor, an important and successful movie distributor, a first-time movie producer and a famous movie star, all without remorse. He refers to them as martyrs for love. But then his objective changes.

While the setting is well-portrayed, the plot is contrived and paper-thin, if rather bizarre in places, while the characters are one-dimensional vessels for Coelho’s preachy philosophical rants. Igor is obviously mad but the reader has to wade through chapters of his thought processes.

As the characters pontificate to one another, or to themselves, we get Coelho’s lectures on champagne, SMS messages, models, vanity, money laundering, tanning salons, gyms, police and all the industries commonly found at Cannes: movie, fashion, celebrity, cosmetics, diet, diamond, and marketing.

The whole tone is very moralistic, full of platitudes and aphorisms, and very heavy on message at the expense of good writing. It is repetitive to the point of being tiresome, making this a rather tedious read. 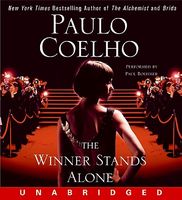