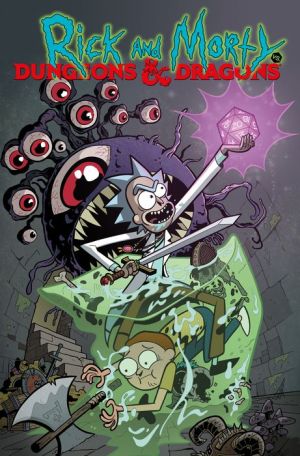 You've got to--belch!--roll for initiative, Morty!

Two pop-culture juggernauts are teaming up and neither multiverse is prepared for what comes next!

When Morty sees a cute girl at school playing Dungeons & Dragons, he asks Rick to show him the ropes, only to discover that his grandfather is a veteran gamer. Next thing he knows, the entire family has been pulled into a campaign that escalates from virtual D&D simulations to alternate universes governed by the rules of the game. And as it turns out, Rick isn't the only one who knows his way around a d20.