Our House in the Last World — Oscar Hijuelos 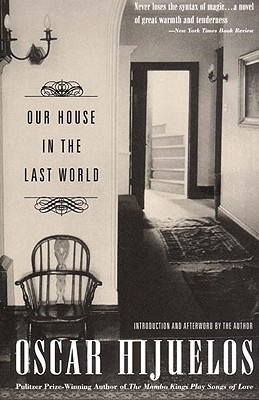 This debut novel by the Pulitzer Prize-winning author of The Mambo Kings Play Songs of Love, bears all the hallmarks of Hijuelos's later work-exuberance, passion, honesty, and humor. Filled with the sights and sounds of Cuba's Oriente province and New York City, the music and films of the fifties, lusty fantasies and the toughest of life's realities, it is the unforgettable story of Hector Santinio, the American-born son of Cuban immigrants, who is haunted by tales of "home" (a Cuba he has never seen) and by the excesses and then the death of his loving father. This edition includes a new autobiographical introduction by the author, reflecting on how he came to write Our House in the Last World, and a new afterword in which he comments on the story.
Reviews from Goodreads.com