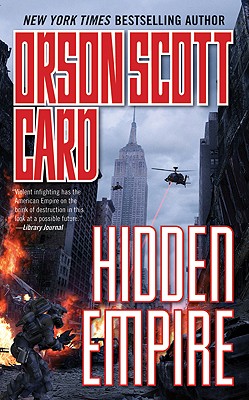 The war of words between right and left collapsed into a shooting war, and raged between the high-technology weapons on each side, devastating cities and overrunning the countryside.

At the close of Empire, political scientist and government adviser Averell Torrent had maneuvered himself into the presidency of the United States. And now that he has complete power at home, he plans to expand American imperial power around the world.

Opportunity comes quickly. There's a deadly new plague in Africa, and it is devastating the countryside and cities. President Torrent declares American solidarity with the victims, but places all of Africa in quarantine until a vaccine is found or the disease burns itself out. And he sends Captain Bartholomew Coleman, Cole to his friends, to run the relief operations and protect the American scientists working on identifying the virus. If Cole and his team can avoid dying of the plague, or being cut down by the weapons of fearful African nations, they might do some good. Or they might be out of the way for good.
Reviews from Goodreads.com