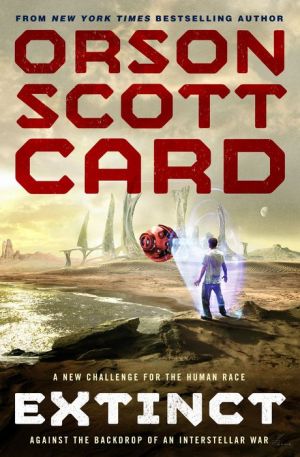 From the creator of ENDER'S GAME comes a new sf series of hope, survival, and second chances. In a universe at war, the long-extinct human race may be the only hope for victory, in Orson Scott Card's EXTINCT, the first book in a new trilogy.

Four hundred years after the extinction of the human race in a battle between alien civilizations at war, a devastated Earth lies nearly uninhabited. But one of the alien combatants left something behind, a weapon that they believe can win their war once and for all.