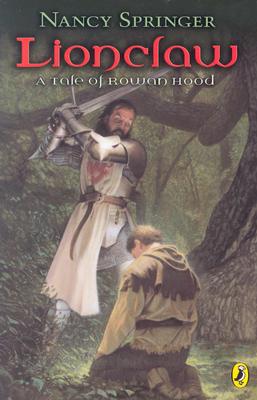 Lionel is seven feet of pure coward. Banished by his warrior father for refusing to learn to fight, Lionel found refuge in the woods of Sherwood Forest, where he joined the misfit band of teens led by Rowan Hood, daughter of Robin. Now, a year later, his father has been taken prisoner by Robin Hood, and Lionel is determined to make peace. But when Lionclaw spots his son among outlaws, he vows revenge. Suddenly Sherwood is crawling with danger and Lionel wants nothing more than to turn and run. But when a couple of bounty hunters capture Rowan and use her as bait, the lion in Lionel is awakened, along with the courage to stand up to his father.
Reviews from Goodreads.com