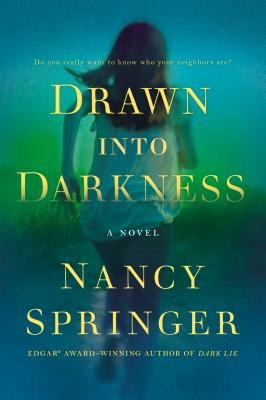 Darkness lies closer than you think....

Liana Clymer is running away -- from her divorce, from her past, from herself. Leaving behind everything she knows, she finds herself ensconced in a fuchsia-colored cottage in the swampy hinterlands of the Florida panhandle. Far from the grown sons who don't return her calls, her only companion her dog, Liana decides to put her best foot forward and get to know whoever lives in the blue house across the street, the only neighbors within sight of her new home.

But minutes after a teenage boy, Justin, answers the door and wins her over with his shy kindness, his face appears on the TV screen and is immediately recognizable as that of the child who was taken from his parents two years ago. Worse, Justin's abductor has no intention of letting Liana go.

A powerful will to live -- and to save Justin too -- seizes hold of Liana. She will fight tooth and nail to survive. But does she have what it takes to thwart a wily, depraved psychopath for whom abuse is a way of life...and killing is routine?
Reviews from Goodreads.com