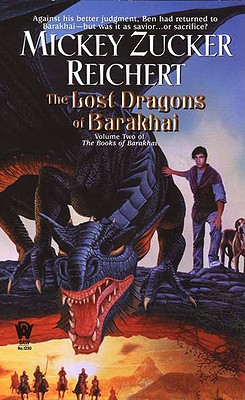 Benton Collins was a graduate student working in the bio lab to earn his way to his degree. When a white lab rat somehow managed to escape its cage, Ben found himself chasing the rat into a storeroom that would ultimately lead him through a secret gateway into the realm called Barakhai. And in Barakhai, Ben's life would be forever changed, for this was a place peopled by inadvertent shapeshifters, humans forced to spend half their day -- or night -- in animal form.

Not everyone was happy with the life in Barakhai, a life where the general population was ruled by those few humans of royal blood who remained in their human form and were virtual dictators. Ben, by virtue of being born on Earth, was not a shapeshifter either. And a rebel named Zylas hoped that Ben could become the instrument to turn Barakhai around. So Zylas and his comrade rescued Ben from certain death.

But if Ben agreed to join their cause, would he only be postponing the moment of his execution, and would he ever be allowed to return to his own world again?
Reviews from Goodreads.com 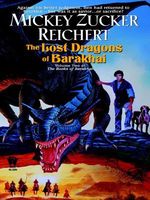