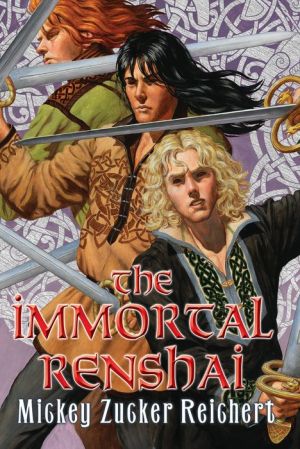 "Based on Norse mythology, the third installment of the Renshai saga concludes the tale of three brothers caught in a dangerous magical confrontation, against which humans and elves must band together to preserve their worlds. After a cataclysmic magical confrontation that shakes the very roots of Midgard, elves and humans alike struggle to put the pieces of their lives back together. But with many among them cast out of their own world and stranded in the Outworlds, the chances of rescuing all those ""lost"" souls seems very slim. While elves can find those of their own race, they cannot track humans in the same way. Perhaps, if the powers of the elves, the human mages of Myrcidë, and the one surviving Kjempemagiska, the sorcerer Kentt, can be combined, they can bring back most of those lost in chaos. Saviar, Subikahn, and Calistin, the three Renshai brothers, must all face their own personal demons, as they attempt to find their destinies in this radically changed world. Even the royal family of Béarn will find everything they value placed at risk. Only if the brothers, their friends, family, allies, and former enemies can find a way to work together will they have any hope of healing Midgard and carving out the path to a better future for all."
Reviews from Goodreads.com