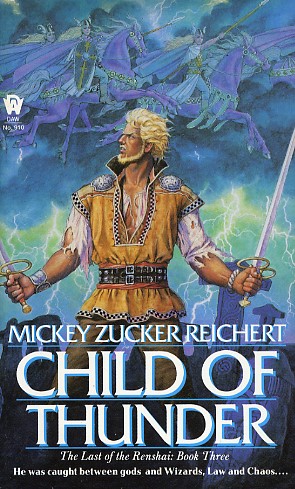 THE EIGHTH TASK OF WIZARDRY
His duties in the world of mortals seemingly done--the Renshai safely established in a community of their own, Sterrane ruling peacefully in the kingdom of Bearn--Colbey must face the Seven Tasks of Wizardry and learn whether he is truly the new Western Wizard, keeper of neutrality.

But what Colbey is about to discover is that there is an Eighth Task far more dangerous not only to himself but to the worlds of humans and gods alike. And even if he survives to take on that eighth challenge, there are those among the gods, Wizards, and mortalkind ready to make loyal allies into weapons to use against Colbey. For with Ragnarok looming over all the worlds, both those sworn to law and those promised to chaos will unite to stop the Wizard-warrior by any means--though their very actions against Colbey may become the catalyst for mutual destruction!
Reviews from Goodreads.com