The Demon in Me — Michelle Rowen 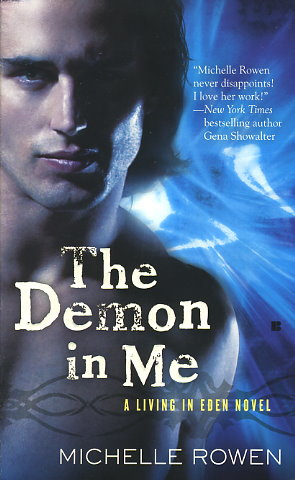 HELL HATH NO FURY...
Fate has led Eden Riley to become a "psychic consultant" to the police, even though her abilities are unreliable at best. Those paranormal powers are about to get her into a jam she couldn't have predicted: After her hunky police detective partner guns down a serial killer in front of her, Eden realizes that she's quite literally no longer alone. A voice in her head introduces himself as Darrak. He's a demon. But not in a bad way!

...LIKE A WOMAN POSSESSED.
Darrak lost his original body three hundred years ago, thanks to a witch's curse. This is the first time he's ever been able to speak directly to a host, plus there's a bonus: Eden's psychic energy helps him to take form during daylight hours. He wants to use this chance to find a way to break his curse -- finally. Otherwise, Eden's going to have to learn to live with this sexy demon...like it or not.