Witness for the Dead — Michael Fredrickson 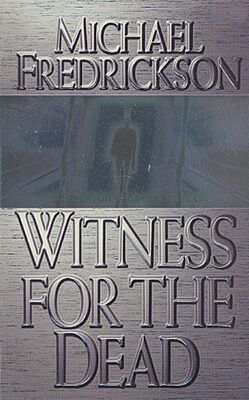 Prosecutor Danielle Gautreau, she's beautiful, she's brilliant, and her career goal is to skin Boston Italian mob boss and vicious loan shark Larry "the Rabbit" Coniglio. When Arthur Patch borrows money from the Rabbit, Danielle sees Arthur as the witness she needs to bring Larry down, threatening to hold Arthur until he testifies.

With his new lawyer, Jimmy Morrissey, Arthur cuts a deal with the Feds. He threatens to make public that a fugitive gangster, Tommy Crimmins, the head of the Boston Irish mob, is in cahoots with the FBi in their quest to break up the Italian Mafia.

Morrissey slips the story to the press, and the resulting publicity is so blistering that the FBI is shamed into offering a huge reward for Tommy's capture. Tommy and his girlfriend, Mavis Riley, are on the lam -- with the Feds, the Mafia, Danielle, Arthur, and Jimmy all on Tommy's trail looking for blood and money. The only way to track him down is to trick Mavis into revealing their whereabouts. But, if she falls for the trick, who will get there first, and who, if anybody, will survive the collision?
Reviews from Goodreads.com