Once a Hero — Michael A. Stackpole 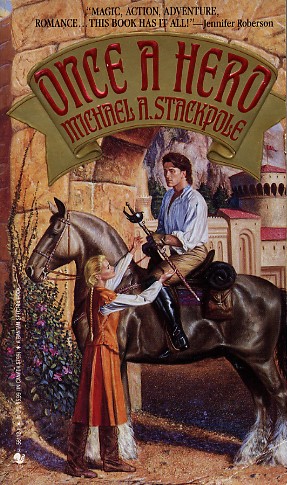 A LEGEND COME TO LIFE

Half a millennium ago Neal Elfward, a legendary human warrior, fought alongside his Elven friend Aarundel for the freedom of mankind against the tyranny of the sorcerous Reithrese empire. But Neal's victory began a genocidal war that cost him dearly. Now the future he hoped for is unraveling. Count Berengar has invited the lovely Genevera, Aarundel's granddaughter, to join in a quest to bring stability to the land. Pressed to accomplish the impossible, Genevera suggests the unthinkable--raising Neal from the dead. But what is true in legend is not always true in reality. A hero from yesteryear may be a hero still, but is Neal the hero they want?
Reviews from Goodreads.com