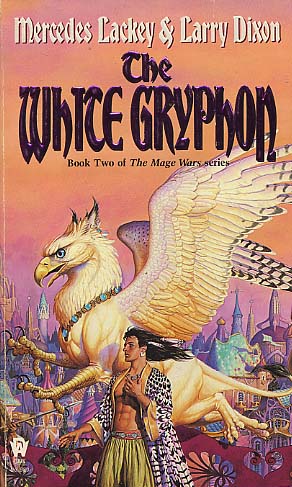 It has been ten years since the magical Cataclysm which destroyed the stronghold of the world's most powerful Mage, killing Urtho, creator of the gryphons, and sending his forces into exile.

It had taken Urtho's peoples one year of terrible travail crossing dangerous lands to find a sheltered haven, and nine hard years of building, but their city, called White Gryphon, is now a secure stronghold.

Secure, at least, until the fleet of the mysterious Black Kings appears in their harbor, bringing envoys who inform the residents of White Gryphon that their newfound sanctuary lies on land claimed by this powerful kingdom.

Desperate not to lose their hard-won home, Skandranon Rashkae, the Black Gryphon, along with his longtime friend, Amberdrake, agree to accompany the envoys back to the court of the Black Kings, hoping to negotiate an alliance. But once settled in this strange court, Skandranon and Amberdrake quickly become aware that this negotiation will not be an easy one.

And when a high-ranking noble who opposes this alliance is found murdered--seemingly torn apart by gryphon's talons--Skandranon and Amberdrake realize that they are up against unknown enemies who will stop at nothing, even the use of diabolical Blood Magic, to destroy White Gryphon.
Reviews from Goodreads.com 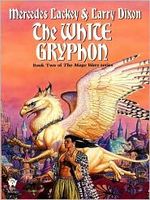