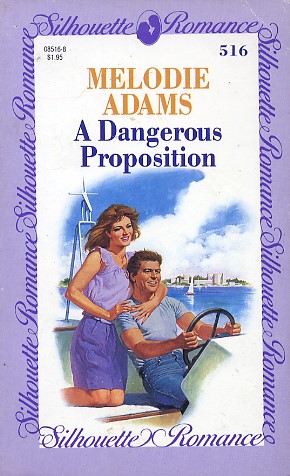 Blake Marlow was used to undercover investigations. He'd spent years on the vice squad in Florida putting plenty of men and women behind bars. Then why was this suspect, one Cassandra Wyatt, giving him sleepless nights?

Right from the start, when he'd agreed to come out of early retirement to work on this case, Blake knew that she was probably guilty. Yet the closer he got to her, the harder it was to believe that this open, lovely woman was a smuggler. Something about Cassandra was getting to him--and that was turning his job into a dangerous proposition.
Reviews from Goodreads.com