Princess in the Spotlight — Meg Cabot 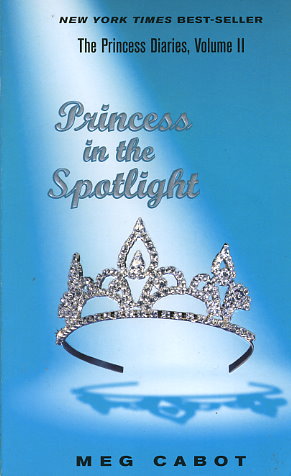 NO ONE EVER SAID BEING A PRINCESS WAS EASY

Just when Mia thought she had the whole Princess thing under control, things get out of hand, fast. First there's an unexpected announcement from her mother. Then Grandmere arranges a national primetime interview for the brand-new crown princess of Genovia. On top of that, intriguing, exasperating letters from a secret admirer begin to arrive.

Before she even has the chance to wonder who those letters are from, Mia is swept up in a whirlwind of royal intrigue the likes of which hasn't been seen since volume I of THE PRINCESS DIARIES.
Reviews from Goodreads.com

and library book (and in omnibus Mia Tells it Like it Is : The Princess Diaries, Volumes I & II) 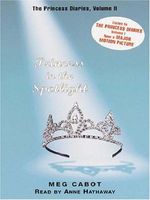