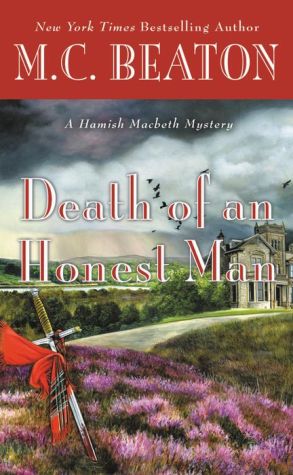 DEATH OF AN HONEST MAN
Nobody loves an honest man, or that was what police sergeant Hamish Macbeth tried to tell newcomer Paul English. Paul had moved to a house in Cnothan, a sour village on Hamish's beat.

He attended church in Lochdubh. He told the minister, Mr. Wellington, that his sermons were boring. He told tweedy Mrs. Wellington that she was too fat and in these days of increasing obesity it was her duty to show a good example. Angela Brody was told her detective stories were pap for the masses and it was time she wrote literature instead. He accused Hamish of having dyed his fiery red hair. He told Jessie Currie--who repeated all the last words of her twin sister--that she needed psychiatric help.

"I speak as I find," he bragged. Voices saying, "I could kill that man," could be heard from Lochdubh to Cnothan.

Now Hamish is faced with a bewildering array of suspects. And he's lost the services of his clumsy policeman, Charlie, who has resigned from the force after Chief Inspector Blair berated Charlie one too many times, and the policeman threw Blair into the loch. Can Hamish find the killer on his own?
Reviews from Goodreads.com

I love Hamish Macbeth, but I must admit I am a little tired of the pace of these books. Ms. Beaton hurries from one thing to another to another with no lead-up or prepatation. I realize that I don't require any more explanations about Hamish and his behaviour as I've been reading and loving these books from the very first one, but a little preparation and set up before changes in plot, scenery or people would be nice. I always feel a little out of breath when I close the book. And really! Chief Inspector Blair! Let's get rid of this guy. How he can keep coming back after his drunken episodes and his breeches of protocol is beyond me. What I did enjoy about this book, other than wonderful Hamish himself, is the direct references to the "feyness" of the Scottish people. They are a superstitious lot, and that comes out endearingly in all the books. Yes, I will continue to read Hamish. The thought of giving him up leaves me with a sense of loss. 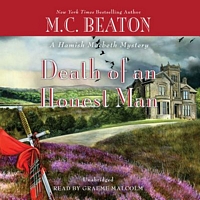