Whatever You Need — Maureen Smith 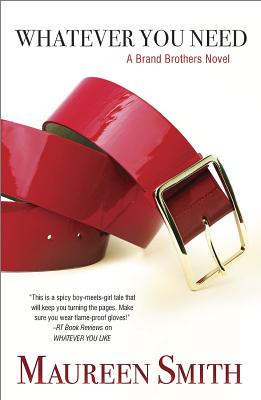 Too good to be denied…

A self-made millionaire with tattooed biceps and designer suits, River deserves every inch of his bad-boy reputation. Yet after a wildly explosive encounter in his limo, he can't get Morgan out of his head. If she still wants another man after a fortnight of him fulfilling her every sexual fantasy, River will walk away -- forever.

But some promises are impossible to keep, especially when the one person Morgan shouldn't want becomes the only lover she can't seem to resist….
Reviews from Goodreads.com