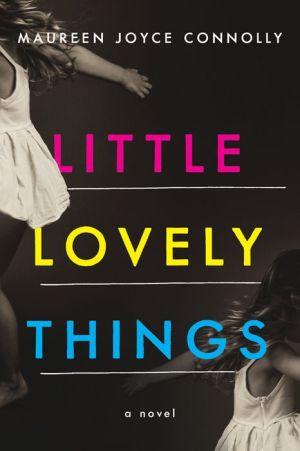 If only things had been different

It is the wrong time to get sick. Speeding down the highway on the way to work, her two little girls sleeping in the back seat, medical resident Claire Rawlings doesn't have time for the nausea overtaking her. But as the world tilts sideways, she pulls into a gas station, runs to the bathroom, and passes out. When she wakes up minutes later, her car―and her daughters―are gone.

The police have no leads, and the weight of guilt presses down on Claire as each hour passes with no trace of her girls. All she has to hold on to are her strained marriage, a potentially unreliable witness who emerges days later, and the desperate but unquenchable belief that her daughters are out there somewhere.

As hopeful and uplifting as it is devastating, Little Lovely Things is the story of a family shattered by unthinkable tragedy, and the unexpected intersection of heartbreak and hope.
Reviews from Goodreads.com

Little Lovely Things is the first novel by American poet and author, Maureen Joyce Connolly. It is any parent's worst nightmare: two young daughters in a car at a gas station, mother having passed out in the rest room from a medication reaction, wakes to find the car and the girls gone.

Lily Rawlings is just fifteen months old; her sister Andrea is four and a half; but despite police barricades quickly set up, there’s no sign of the girls or the car. Their parents, Claire and Glen are distraught at the possibilities. Witnesses are not reliable and the possible suspect has disappeared.

Without including spoilers, not a lot more can be said about the plot, but any reader who, from the back-cover blurb, thinks they know where this story is going will be mistaken. Already from the second chapter the reader knows who has taken the girls, but there are several surprises in store before the story reaches its exciting climax.

What can be said of this moving tale is that it features a Native American as a key character, a persistent old psychiatrist, some Irish Travellers and a touch of the paranormal. The Rawlings experience the double-edged sword of live media appearances and learn how feelings of guilt and self-recrimination, as well as unspoken blame, do damage to a marriage once thought strong.

What these abductors do, and the jaw-dropping ease with which they rationalise their actions, will stagger readers. Connolly easily conveys the emotions of the protagonists from various narrative perspectives. Her characters are believable for all their human flaws and weaknesses; the trauma and its aftermath see them grow and develop; the feisty Andrea and the young Lakota man are likely to be favourites.

A stirring and thought-provoking read, this is a brilliant debut novel that will have readers eager for more from this talented author.