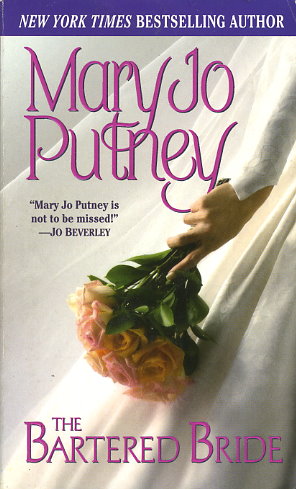 After building a fortune in the exotic East, American adventurer and merchant prince Gavin Elliott sets his sails for London to begin a new life. Then fate intervenes on an infamous island in the East Indies where a European woman faces degradation and peril. Though saving her may cost Gavin his life, he cannot refuse to help the fierce beauty who touches his heart and soul with her indomitable spirit.

Alexandra Warren is returning home from Australia as a widow and mother when a pirate attack condemns her to a life of servitude. A miracle arrives in the form of a steely-eyed Yankee captain, whose reckless courage wins them freedom and a safe passage home to London. Intimate strangers joined by too many secrets, they slowly begin to heal the past with attraction and tenderness--until an old enemy reaches out to threaten the passionate love Gavin has found with his irresistible bartered bride.
Reviews from Goodreads.com