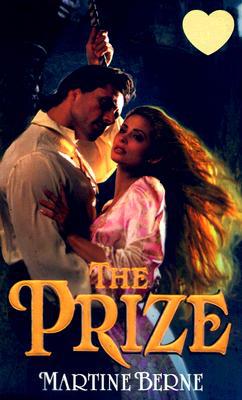 INNOCENCE UNDONE
Adrianna was almost grateful to her Scottish abductor. At least now she was free of her dissolute brother and his efforts to force her into a wealthy marriage. But when Leith drew close to her on his steed, she began to tremble. The sensations Campbell, the darkly handsome laird, aroused in her went well beyond anything she'd dreamed of during her sheltered years at the convent, and she was afraid she liked them...very much. How could she pretend purity when she yearned to sample the pleasures of sin?
DESIRE UNLEASHED
As Laird Leith Campbell galloped away with Adrianna, he cursed himself for a fool. Surely this golden-haired Sassenach lass had bewitched him! She was, after all, his enemy's daughter, and yet he could not slay her. Instead he took her to his Highlands castle, where he vowed to add seduction to his revenge--ravishing her innocent flesh until her blue eyes darkened with passion and her sweet lips cried out his name. But he had not reckoned on tender feelings for his beautiful captive, or that he would strive, body and soul, to win the greatest prize of all...a lifetime of loving Adrianna.
Reviews from Goodreads.com