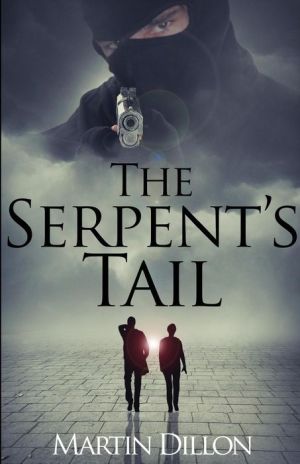 “Dillon is recommended reading for anyone wishing to understand the complexities of British-Irish politics. He stands alone as one of the most creative writers of our time.”
Irish Times

“This excellent book demands the attention of anyone concerned about civil liberties in the United Kingdom ...a catalogue of cynicism, lies, harassment, torture and murder that makes the Cold War duplicity a la Deighton and Le Carre seem positively endearing.”
The Guardian

“Dillon’s books are a working lifetime’s brave and persistent effort to get information of a kind which, as he frankly says, can be perilous to possess, let alone to reveal.”
Times Literary Supplement

“Martin Dillon is the greatest living authority on Irish terrorism. He is our Virgil to that inferno in all the varieties of its torment.”
The late historian & author, Dr. Conor Cruise O’Brien

“A couple of Catholic Belfastian teens, Stephen Kirkpatrick and Michael McDonnell, are caught between England's MI5, the SAS and the IRA as they seek a safe way into adulthood in 1970s’ Ireland. This is an excellent read, fast and peopled with folks you recognize instantly. I recommend it highly.”
Bonnye Reed Fry – Reviewer

“A classic of our times.”
Stephen Bentley – Reviewer

A gripping thriller based on a true sequence of events in which two young Belfast Catholics are recruited as informers and find themselves at the heart of a ‘sting’ involving the IRA, the SAS and MI5. The Serpent’s Tail is the first work of fiction by the man Conor Cruise O’Brien has described as ‘The greatist living authority on Irish terrorism.’

The true story of an SAS inspired sting against the Provisional IRA which almost destroyed the organisation. The IRA later admitted that the operation was a brilliant piece of planning by the SAS and the British Intelligence Agency, MI5. Its success was, however, short-lived leading to the sacrifice of many agents and the emergence of a more determined and ruthless IRA leadership.

In the style of Le Carre and Deighton, this book tells for the first time the story of the shadowy world of agents and double agents, the ruthlessness of both sides in the undercover war, the naivety of the British political and military Establishments, how and why the Provisionals took their campaign to mainland Britain, and bombed their way to the conference table and the White House.
Reviews from Goodreads.com