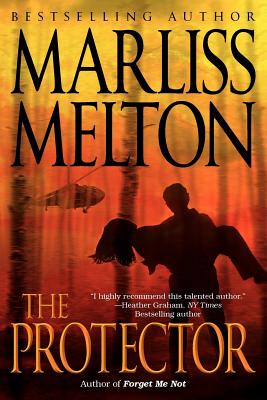 Eryn McClellan teaches ESL in Washington, D.C., until the day she's targeted by terrorists avenging her father's actions in Afghanistan. The FBI has stepped in, but when it looks like they are using her for bait, General McClellan enlists the aid of the only man he knows he can trust: former Navy SEAL Ike Calhoun.

Embracing solitude in his remote cabin in the Blue Ridge Mountains, Ike thought he'd left the War on Terror far behind. Now he's stuck shielding a blue-eyed beauty from ambitious federal agents and crazed jihadists. More disturbing still, the charming Eryn seems intent on shattering his self-imposed isolation. Ike does his best to resist her welcoming ways, but he can feel his resistance crumbling like a mountain in a mudslide. With the FBI hot on their heels and the terrorists not far behind, Ike willingly wages a one-man war in defense of the woman whose passion and faith have given him the strength to rise above his past.
Reviews from Goodreads.com