To the Gates of Palanthas — Margaret Weis; Tracy Hickman 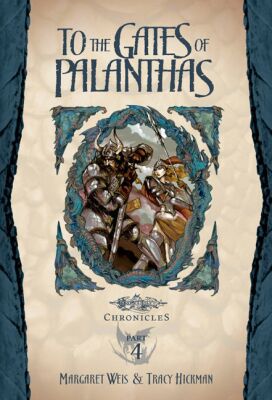 The dragonarmies conquer all the land, leaving destruction in their wake. The once-proud nations of Ansalon have been divided for so long that none can stand and oppose the Dark Queen's minions.

But now, a desperate band of Companions have one chance to unite the nations, to stop the Dark Queen before no freedom remains. As the fragile alliance is on the verge of shattering, a leader arises from the most unlikely of places, and the battle that follows will be the stuff of legend for ages to come.

ORIGINALLY PRESENTED IN
Dragons of Winter Night
Reviews from Goodreads.com