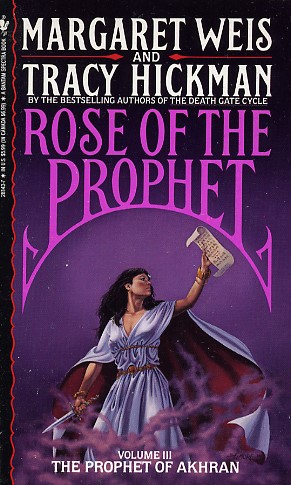 As the Great War of the Gods rages, it seems as though the terrible Quar, God of Reality, Greed, and Law, will emerge the victor. Even the immortals have abandoned their mortal masters to join in the battle above.

Trapped without their immortal servants on the shore of the Kurdin Sea, Khardan, Zohra, and the wizard Mathew must cross the vast desert known as the Sun's Anvil--a feat no man has ever performed.

Like the legendary Rose of the Prophet, the nomads struggle to survive the journey. If they succeed, they will face more than combat with the enemy, for the Amir's hardened warriors are led by Achmed, the fiercest of men...and Khardan's brother.
Reviews from Goodreads.com