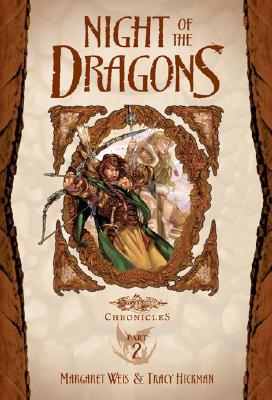 What began as a hopeful reunion of friends has turned into a nightmare. The Companions vowed to protect a beautiful barbarian princess and the mystical staff she bears. But they never dreamed the price would be so high.

Called by their dark goddess, dragons have awoken again. As the servants of the Dark Queen ravage the land, the Companions seek refuge in the fair city of the elves. New allies and powerful enemies join their struggle as the War of the Lance begins.

ORIGINALLY PRESENTED IN
Dragons of Autumn Twilight
Reviews from Goodreads.com