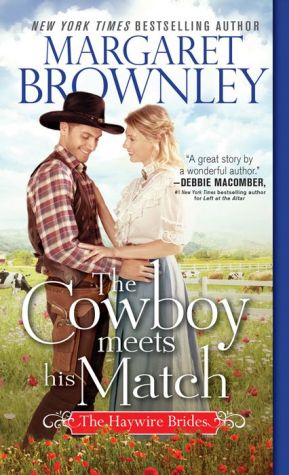 His first mistake was marrying her.
His second was falling in love.

Chase McKnight will do anything to secure his family's ranch―but marriage to a complete stranger? That's a hard pill to swallow. Yet the will is clear: Chase needs a wife by his side if he wants to keep his home, so he meets his veiled lady at the courthouse steps and reluctantly says "I do".

Too bad he married the wrong bride.

When Boston runaway Emily Fields agreed to marry a Texas stranger to escape her family's scandal, she wasn't prepared to get hitched to the wrong cowboy! Stuck in a secret compromise, she has one year to learn the ways of the ranch and convince Chase's family they're happily married. But when the lie becomes true, the past catches up to them and they must save the love they never expected...
Reviews from Goodreads.com