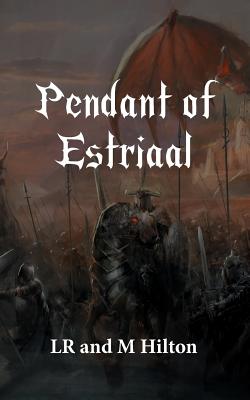 
Princess Tiaami and her cousin, Zahla, find themselves about to be drawn into a battle to regain the realm of Estriaal from Princess Aztia. However, all they have is an army that has already been defeated before, a powerless wizard, dwarves that ride Cyclops Boar and a shepherd boy who has a burning passion to make his father proud.
Tiaami’s birth gift is found to be the true pendant of Estriaal and forewarns her of her fall in battle and the possibility that her mother is still alive. But a grotesque earth bound spirit beast, Cyclops Boar and the largest most vicious boar of all are in between her and her goal. In addition, she has a traitor in her midst.
Zahla must face her own perils and cross the Sea of Eternal Mist and the Serpents Fangs, where she meets Lady Xelenthia, guardian of the legendary Sword of Aratev.
Reviews from Goodreads.com