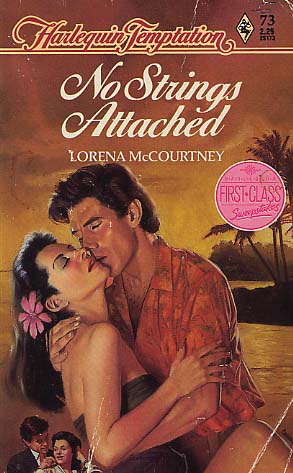 The issue got lost amid the tumbled sheets

For Sable Arrington, love and marriage went together. Until a man offered both, she would keep her mind on her bikini designs!

Mark Taylor was the wrinkle in her plan.... He was sexy and sensitive, but he'd been married once before. Living together was now his idea of a perfect arrangement.

They should have debated their differences before it was too late, before they were irresistibly in love....
Reviews from Goodreads.com