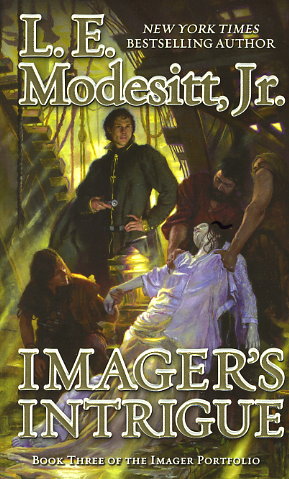 IN IMAGER, the first book of the Imager Portfolio, we met Rhennthyl, an apprentice portrait artist whose life was changed by a disastrous fire. But the blaze that took his master's life and destroyed his livelihood revealed a secret power previously dormant in Rhenn: the power of imaging, the ability to shape matter using thought. With some trouble, he adapted to the controlled life of an imager.

By IMAGER'S CHALLENGLE Rhenn had become a liaison to the local law forces. lie found himself in direct conflict with both authorities and national politics as he tried to uphold the law and do his best by the people of his home city.

Now, in IMAGER'S INTRIGUE, Rhenn has come into his own. He has a wife and a young child, and a solid career as an imager. But he has made more than one enemy during his journey from apprentice painter to master imager, and even his great powers won't allow him to escape his past.
Reviews from Goodreads.com 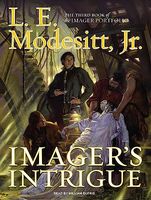 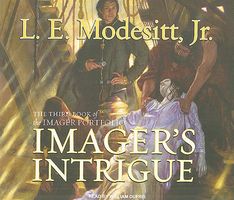