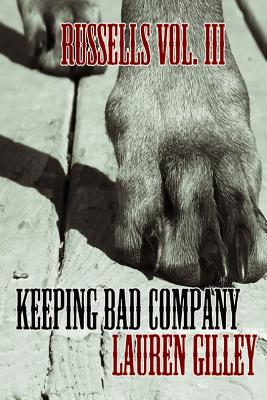 When their family was threatened, the Russells made a pact: no more secrets. But Johnny’s secret isn’t one he can share. To keep his father safe, he prospects with the Lean Dogs Motorcycle Club, diving headlong into a whole new depth of counterculture, tangling himself in a war that his family started…and his new biker family is going to finish. If he wants to patch in, he must prove his unswerving loyalty to the club. If he wants to protect the people he loves, he’ll have to learn to live with outlaws. Arlie Scott, runaway, bartender, longs to escape the mess she’s made of her life. It gets messier the night she flirts with the cute biker boy across the bar…and witnesses a murder. Now she’s swept up in the dark world of the Lean Dogs, forced to trust Johnny Russell when he says he won’t let anything happen to her, determined to find her own place in this antiquated land of leather and lies.Evil lingers in the shadows, threatening families of blood and brotherly bond. In this third installment of the Russell saga, the family will be put to the test, fighting a common enemy alongside the might and malice of an unstoppable outlaw force. Johnny must choose between two worlds, because he can’t belong to both, and he can’t betray either.
Reviews from Goodreads.com