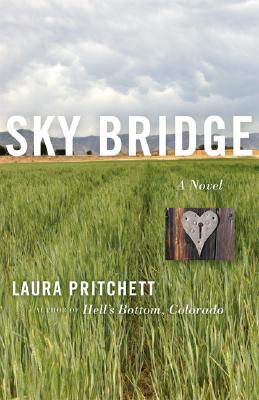 A supermarket clerk in a small dusty town, 22-year-old Libby is full of dreams but lacks the means to pursue them. When her younger sister Tess becomes pregnant, Libby convinces her not to have an abortion by promising to raise the child herself. But then Tess takes off after the baby is born and Libby finds that her new role puts her dreams that much further away. Her already haphazard life becomes ever more chaotic. The baby's father, a Christian rodeo rider, suddenly demands custody. Libby loses her job, her boyfriend abandons her, and her own mother harps on how stupid she was to make that promise to Tess. More than a story of a single mother overcoming obstacles, Sky Bridge is a painfully honest, complex novel that leaves readers with a fresh understanding of what it means to inhabit a world in which dreams die, and are sometimes reborn.
Reviews from Goodreads.com