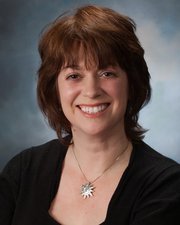 Kristan lives with her family in a small Connecticut town that boasts a wonderful library, a great agricultural fair, a really good ice cream stand and not much else. She is the mother of two lovely kids and the wife of a brave firefighter who is, perhaps more importantly, a fantastic cook. Pets include a cheerful Lab mutt, two cats and the occasional, short-lived beta fish.

Previously a copywriter, Kristan began writing fiction when her children graced her life with simultaneous afternoon naps. Writing, she found, was infinitely more satisfying than folding laundry, and so began her first novel. Kristan holds a BA in English from the College of the Holy Cross, which enables her to identify dangling participles and quote many great novels.

Kristan and her crew spend as much time as possible at the family home on Cape Cod, where they shiver in the Atlantic, ride bikes, swat horseflies and don't catch any fish.