Wild About You — Kerrelyn Sparks 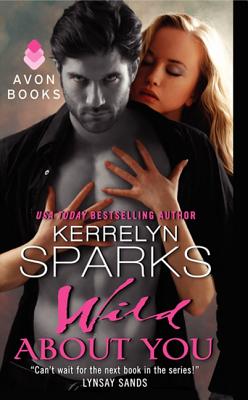 It's not every day that Elsa Bjornberg feels delicate, not when she hosts a home renovation show where she can effortlessly demolish a kitchen. But from the moment she meets Howard Barr, this bear of a man makes her feel like a woman. And the way he looks at her, as if she were a pot of honey he'd like to lick . . .

Howard is not like most men. For one thing, he's a shapeshifter. And he always thought his celebrity crush would never amount to anything more than drooling at Elsa on TV. When his meddling vampire employer gets involved, the star is suddenly within his grasp -- and within a hair of her life. For an ancient curse forbids their newfound love, and Howard is suddenly torn between his desire for her and his desire to keep her alive.
Reviews from Goodreads.com

Wild About You – Kerrelyn Sparks
Love At Stake Series Book 13
Howard Barr has been in the picture since the first book. The big man who was usually eating bear paw donuts. Just there in the background. Now we get to see the inner workings of the big guy and what makes him tick. Some things from his past must be settled before he can look to the future, a future that has just turned much brighter.

Elsa Bjornberg’s life is about to change when her TV show gets a call to remodel a house in the Adirondack Mountains. Something is calling to her the further they get into the forest. Almost like she belongs there. And when she meets the handsome man who is actually taller than she is….all seems good. That is until his touch ignites something in her and not in a good way.

Kerrelyn also gives us a look inside Shanna’s head. She has been a vampire for three months now and we see her struggles as a mother who dies each day and has no control when it comes to protecting her children during those hours. This book has some very unique incidents that are so different from any of her other books. Once again showing the authors unique abilities in writing an intriguing story that holds the readers attention from beginning to end.
**Sexual situations
**Received through Edelweiss for review
http://justjudysjumbles.blogspot.com/2011/08/love-at-stake-series-by-kerrelyn-spakrs.html 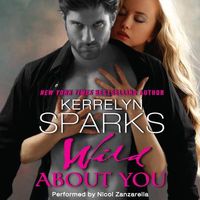 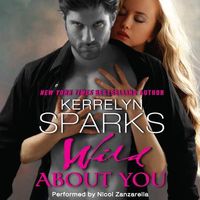