The Vampire with the Dragon Tattoo — Kerrelyn Sparks 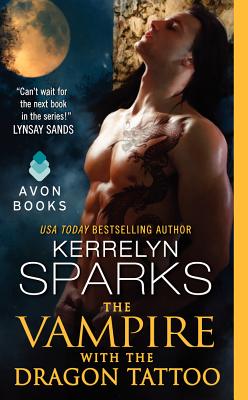 He's out of control

Dougal Kincaid has something to prove. After being injured in a battle with the Malcontents, he's ready for active duty protecting unsuspecting mortals from these villainous vampires who want to rule the world. But first he has to get control of himself . . . because just the sight of a certain lovely doctor has his injured hand doing some peculiar things, not to mention the sizzling sensation that burns along his dragon tattoo . . .

Vampires? Vampires?! As a scientist, Leah is having trouble believing that these immortal creatures exist. But there they are, standing in front of her, asking for help in solving a genetic puzzle that can save mankind. There's even one in a sexy kilt! Just one look into Dougal's gorgeous green eyes sets her pulse racing. But can she trust him -- and the overwhelming desire that refuses to be ignored . . . ?

The Vampire with the Dragon Tattoo by Kerrelyn Sparks
Love at Stake Series Book 14
Dougal Kincaid has been at his cushy job in Texas since losing his hand four years ago. He does not want cushy, he wants action, fighting, to feel as if he's still useful. He has lost his hand, his music and his true love. Isn't that enough? And then everything changes. He's reinstated at Romatech and the new doctor that arrived brings heat to his dragon. Could she be the woman he failed three hundred years ago?

Dr. Leah Chin isn't sure what to do. These crazy people are telling her that vampires and other things of campfire tales exist. And like everyone in her life, they want her for what she can help them with. She wants to be wanted as a person. She's not sure that includes being wanted by the hunky pirate looking Scot, who also happens to be a vampire.

What a journey these two go on. Fighting a forceful demon and the past. These guys may be big and tough and fairly indestructible, but when their hearts are stolen they turn into a puddle of insecurity. Wanting to be loved even if they happen to be undead. And to be the alpha males wanting to protect their loves, and yet pulled into a death sleep each day...well it just ain't easy on the poor guys. Another great addition to this series. Another kilted man to steal your heart.
**Sexual content
http://justjudysjumbles.blogspot.com/2011/08/love-at-stake-series-by-kerrelyn-spakrs.html 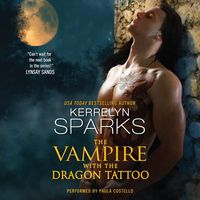