New York Times bestselling author Kerrelyn Sparks delivers the exciting conclusion in the Love at Stake series, where a Marine-turned-vampire finds love with the shifter princess forbidden to him . . .

Russell wakes from a coma to find he's become a vampire. Now he has a thirst for revenge. Determined to hunt down the master vampire who turned him, he's used to working alone . . . until he meets Jia. She is after the same vampire for murdering her parents and insists she can help Russell on this mission. Reluctantly, he agrees, and sets up some ground rules:

Rule #1: Their partnership is strictly business. If he holds her a little too close . . . if she looks at him with those exotic eyes . . . well, that has to stop.

Rule #2: He's in charge. Jia isn't used to taking orders and questions every move he makes. So he stops her the only way he knows how.

Rule #3: Don't fall in love. But the kiss that was supposed to quiet her awakens something else in him . . . something forbidden. Because Jia is engaged. To someone else.
Reviews from Goodreads.com

Crouching Tiger Forbidden Vampire by Kerrelyn Sparks
Love at Stake Series Book 16
Ex-Marine and vampire Russell is a loner. A loner with a mission. Three years ago he woke up to find that he not only lost thirty-nine years of his life, but he’d also been turned into a vampire. His mission: Find and kill Master Han after pulling the evil vampire’s mask off and asking one question. Why me?

Were-tigress Princess Jia has a mission as well. She wants to be the one to kill Master Han because he killed her family. She just has to get the stubborn and oh so handsome and ripped man to agree they should be partners. And he has to let her stay with him so her cousin, Grand Tiger Rajiv, don’t order her to cease her mission of vengeance. Simple. Not.

I love the characters in this series and noticed that many had cameos in this story. It was so nice seeing all the couples and their children and remembering the comical things that happened to each of them in their own books. It looks like this might be the last in this series. But alas, never say never, right? The loose ends get tied up and there are several surprises. Adding one more awesome book to this series.
**Sexual content & Language
**Received from author for honest review
http://justjudysjumbles.blogspot.com/2011/08/love-at-stake-series-by-kerrelyn-spakrs.html 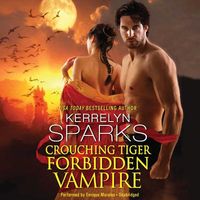 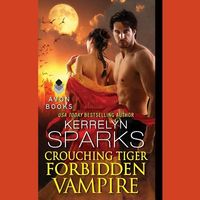 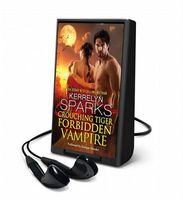