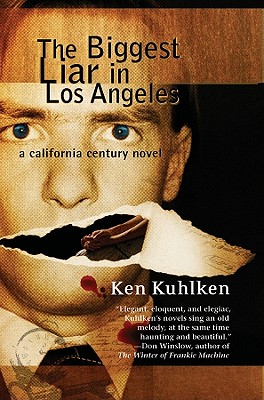 In 1926, when musician Tom Hickey reads in a broadside about a lynching the Los Angeles newspapers failed to report, and discovers the Negro victim was an old friend, he goes to his neighbor Leo Weiss, an LAPD detective. Leo confirms that, officially, the lynching didn't occur.

Tom has a dance orchestra to lead and a wild younger sister to raise. Yet he decides to investigate the murder. Since the lynching occurred in Echo Park, across the street from evangelist Aimee Semple McPherson's Angelus Temple, he goes there looking for clues and is greeted and watched by an usher who follows him after the service and continues to shadow him daily.

The investigation earns Tom beatings, gunfire meant to dissuade him, and warnings from Leo, a speakeasy owner, and a Klansman, that he's made formidable enemies. Among them may be infamous Police Chief Two Gun Davis, Examiner publisher and political heavyweight William Randolph Hearst, and Harry Chandler, owner of the Times, who owns more land than any man in the world.

After Sister Aimee announces that on November 2, election day, she will preach a sermon entitled “The Biggest Liar in Los Angeles,” Tom deduces that the cover up may involve local politics, perhaps a ballot referendum that will decide who the city's future belongs to: the railroads, whose plans include subways and elevated trains; or the oil, automobile, and suburban development interests, devoted to building highways.

Meanwhile, Tom also discovers that the key to the murder, as is too often the case, lies close to home.
Reviews from Goodreads.com 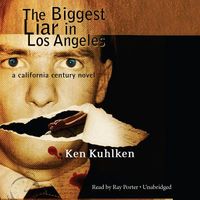