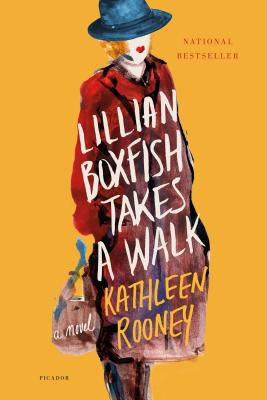 “In my reckless and undiscouraged youth,” Lillian Boxfish writes, “I worked in a walnut-paneled office thirteen floors above West Thirty-Fifth Street…”

She took 1930s New York by storm, working her way up writing copy for R.H. Macy's to become the highest paid advertising woman in the country. It was a job that, she says, “in some ways saved my life, and in other ways ruined it.”

Now it's the last night of 1984 and Lillian, 85 years old but just as sharp and savvy as ever, is on her way to a party. It's chilly enough out for her mink coat and Manhattan is grittier now―her son keeps warning her about a subway vigilante on the prowl―but the quick-tongued poetess has never been one to scare easily. On a walk that takes her over 10 miles around the city, she meets bartenders, bodega clerks, security guards, criminals, children, parents, and parents-to-be, while reviewing a life of excitement and adversity, passion and heartbreak, illuminating all the ways New York has changed―and has not.

A love letter to city life in all its guts and grandeur, "Lillian Boxfish Takes a Walk" by Kathleen Rooney paints a portrait of a remarkable woman across the canvas of a changing America: from the Jazz Age to the onset of the AIDS epidemic; the Great Depression to the birth of hip-hop.

Lillian figures she might as well take her time. For now, after all, the night is still young.
Reviews from Goodreads.com

Lillian Boxfish Takes A Walk is the second novel by American author, Kathleen Rooney. It’s New Year’s Eve, 1984 and Lillian Boxfish, ex-wife, mother, grandmother, just a shade older than the century itself, takes a walk from her home on Murray Hill to Grimaldis where she’s going to have her traditional NYE dinner. Walking the footpaths of her city sets her thinking: about her city and about her life. She takes a detour for a drink, and at Grimaldis, things don’t quite go as planned, and Lillian walks on.

As Lillian considers her life, she heads for landmarks meaningful to her: restaurants, a hospital, the Hudson River, places she’s lived and her place of work for fifteen years. It was at R.H.Macy’s that Lillian Boxfish became the highest-paid advertising woman in America. As Lillian walks, she thinks back on her life: her divorce, her marriage, the birth of her son, her honeymoon cruise, and another, less happy one, to Italy. She remembers parties, work, men, her best friend, homes, her boss, work colleagues, books she wrote and editors. A hospital stay and a certain TV appearance are among the less-favoured memories.

Despite the cautions and concerns of her son, she walks through the streets of New York on this last night of 1984, and she encounters its denizens: a limo driver at a loose end, a barman, a restaurant maître d’, a security guard, a kindly dinner host, an angry homosexual, a terrified expectant mother, a helpful and courteous shop assistant and some disaffected black youths. She dines, drinks, shops, parties, gives away money and writes a bill of sale.

Rooney’s story is based on an actual person, but is quite definitely fiction. She paints a marvellous picture of New York over a span of sixty years, and this is a tale that would appeal to readers familiar with New York City, but more especially, to residents of the Big Apple. The Boston Globe calls it “A witty and heartfelt ode to a city” and this is a most apt description. A moving and entertaining read. 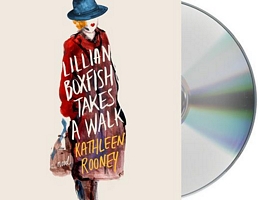