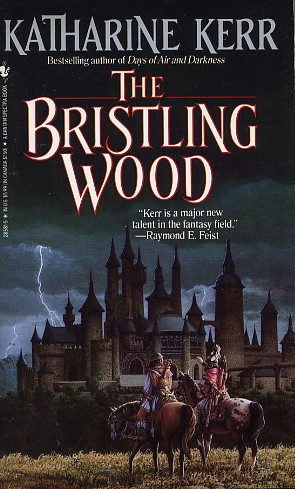 Against the passionate sweep of Deverrian history, the powerful wizard Nevyn has lived for centuries, atoning for the sins he committed in his youth. Now, with so much of his work at stake, Nevyn discovers that the Dark Council has been quietly interfering with the already tangled politics of war-torn Eldidd. Their evil webs are nearly spun before Nevyn, with all the power at his command, even realizes there's a war of magic destroying his world.

Katharine Kerr's enthralling tales Daggerspell and Darkspell introduced readers to the kingdom of Deverry, a world where ancient gods gamble with the fates of nations, and where the souls of men and women persist beyond death. Now the dazzling fantasy saga continues with The Bristling Wood, a vast and intricate tapestry of conflict, intrigue, and high magic that transcends the bounds of time and space.
Reviews from Goodreads.com