What We Buried — Kate Boorman 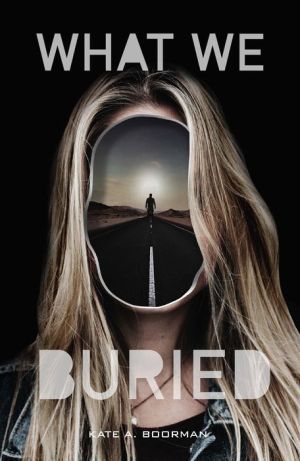 Told from the split viewpoints of Liv and Jory, Kate A. Boorman's WHAT WE BURIED is a psychological thrill ride that deftly explores how memories can lie, how time can bend, and how reconciling the truth can be a matter of life or death.

“Do you ever just want to be believed?”

Siblings Liv and Jory Brewer have grown up resenting each another. Liv -- former pageant queen and reality TV star -- was groomed for a life in the spotlight, while her older brother, Jory, born with a partial facial paralysis, was left in the shadows. The only thing they have in common is contempt for their parents.

Now Liv is suing her mom and dad for emancipation, and Jory views the whole thing as yet another attention-getting spectacle. But on the day of the hearing, their parents mysteriously vanish, and the siblings are forced to work together. Liv feels certain she knows where they are and suspects that Jory knows more than he's telling…which is true.

What starts as a simple overnight road trip soon takes a turn for the dangerous and surreal. And as the duo speeds through the deserts of Nevada, brother and sister will unearth deep family secrets that force them to relive their pasts as they try to retain a grip on the present.
Reviews from Goodreads.com